On 1st October 2016, Calais, the city authorities prohibited migrants and their supporters from demonstrating in the city centre. Demonstrating migrants were stopped and detained inside the Jungle by the French riot police.

Video: the demonstration, placards held high, the path, the beach.

Installation: the words ‘l’humanité a calé’ (a play on ‘l’humanité à Calais’ meaning ‘humanity in Calais’ or ‘humanity has died’) were projected onto the Dover Patrol Monument.
Audio: recorded during the Banned protest   on 1st October 2016.

Projection: photograph of a placard reading: ‘Fuir sous les bombes, en 1940 comme aujourd’hui’ (‘Escaping the bombs, both in 1940 and today’) taken during the banned protest  . 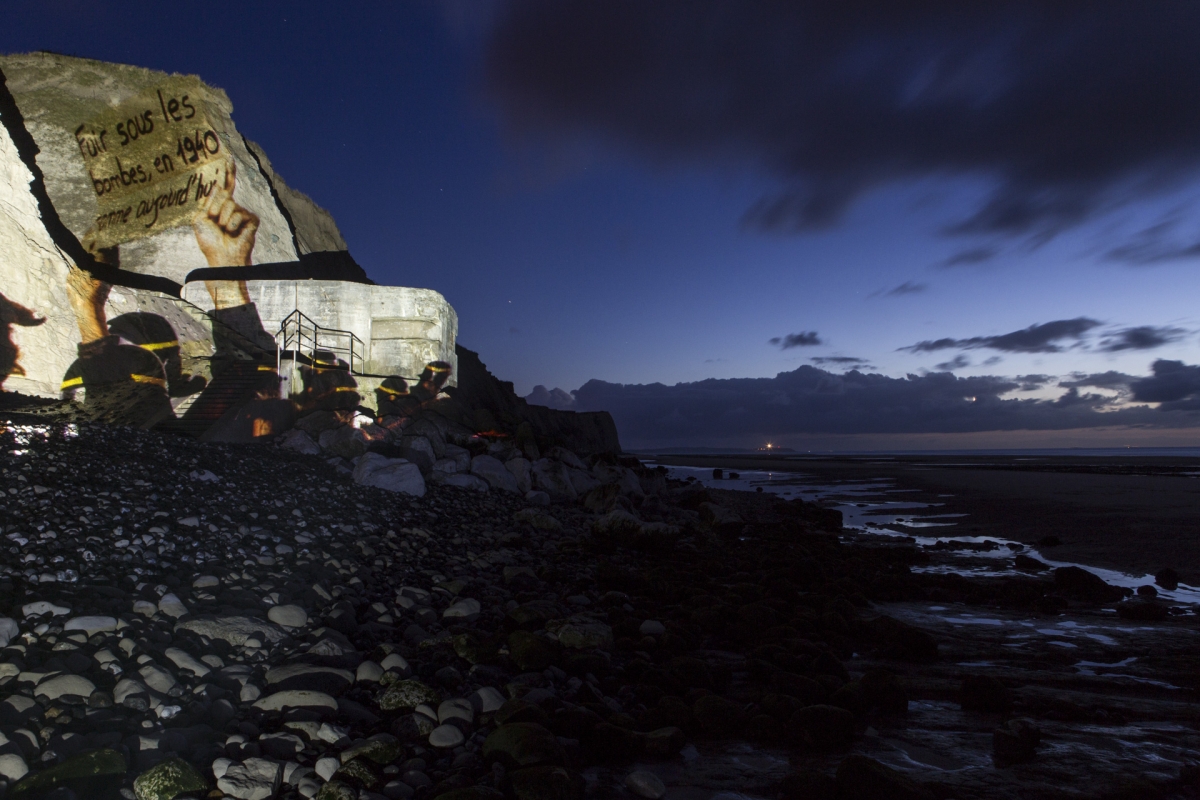 Photographs: the side of the motorway, a ferry in the port.
Installation: projection of the banned protest   on the Calais Lighthouse.
Audio: recording of a choir during the 2016 Calais Maritime Festival.