Tales from the Library

For a decade, the Château du Bois Fleuri – an old public library – has stood empty: waiting for ‘a saviour’. For the moment, it is fenced off and not open to the public. Sophie Poirier and I were invited by the Bois Fleuri Cultural Centre to explore the site. We put forward an idea for an artistic installation, Tales from the Library, which would combine our experiences. 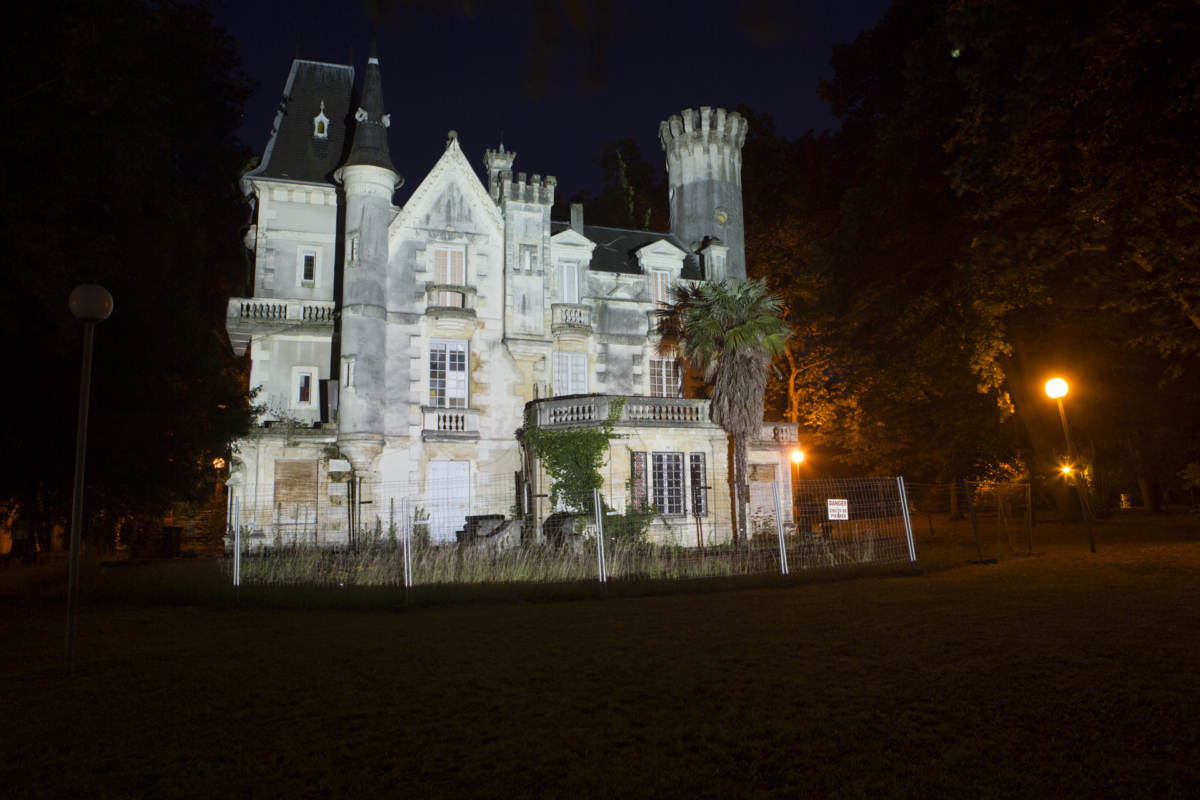 Projection on the castle of Bois-Fleuri: clock found in the castle, stopped at 23h34. 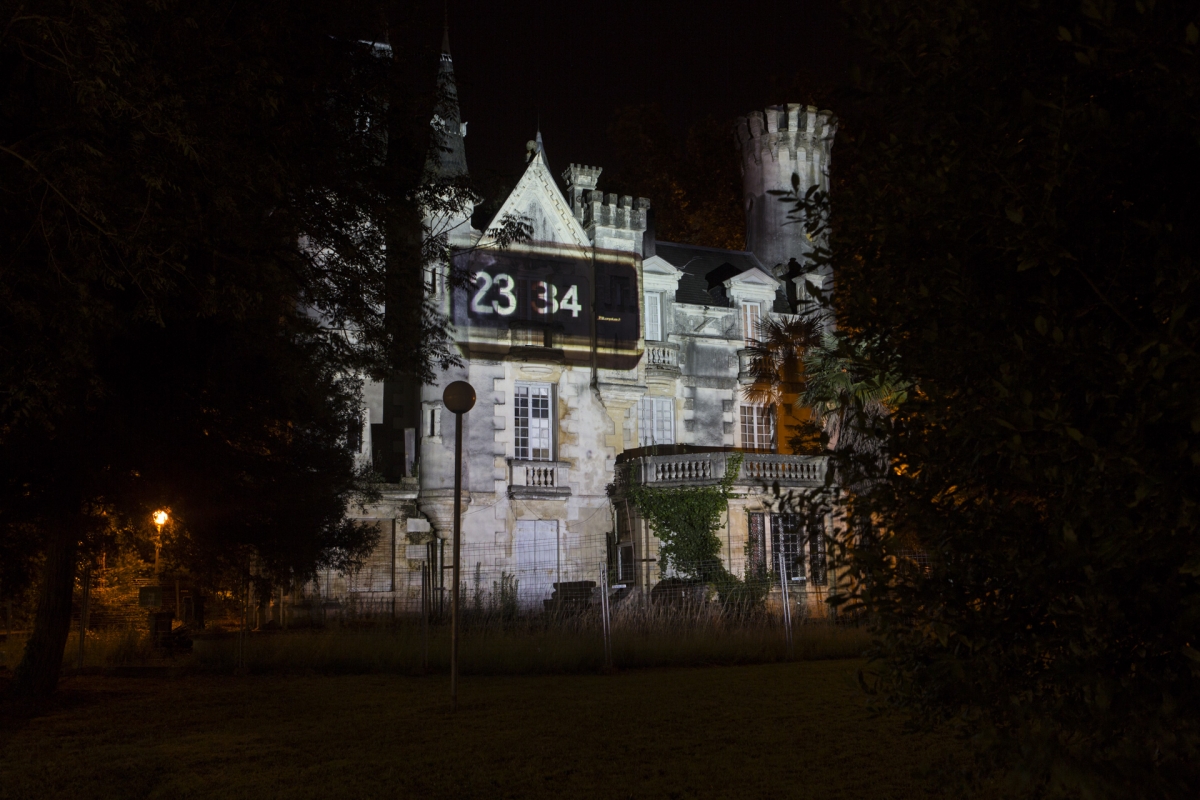 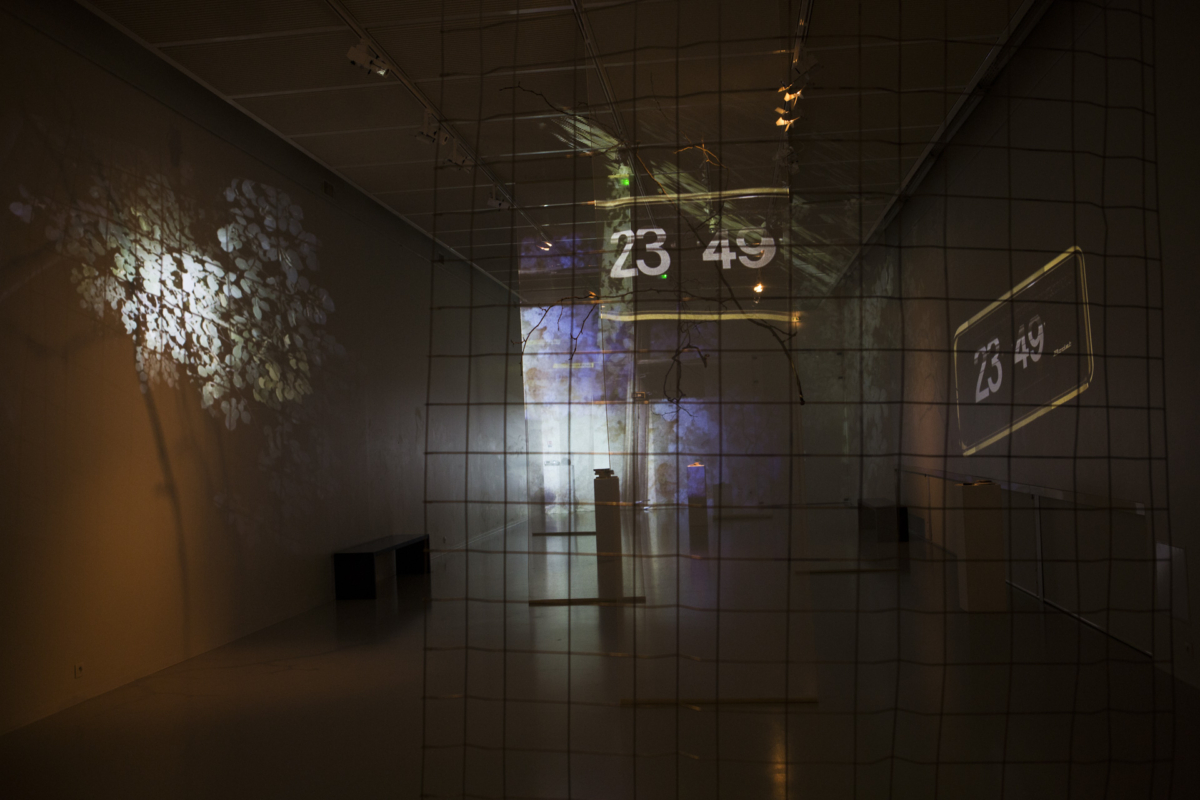